Share a memory
Obituary & Services
Tribute Wall
Read more about the life story of Nancy and share your memory.

Nancy was born on May 13,1929, in Bullock County, Alabama. She was the firstborn of six children born to William Clinton Penn and Annie Bell Thomas Penn. Her siblings included five sisters: Susie, Lillie, Willie Ethel, Penola, Annie Grace and one beloved brother,

Nancy was a devoted believer in Jesus Christ. She accepted Him as her Lord and Savior, and united with Elizabeth Abifoil Church in Union Springs, Alabama. Upon relocating to Birmingham, Alabama she became a member of First Baptist Church of Fairfield, Alabama, under the pastoral leadership of the late Reverend E. W. Williams Sr. There she was able to worship and share her love for music as a member of the illustrious Choral Ensemble.

Her primary education was in the Bullock County School System where she graduated from Merritt High School.

Having a passion toward serving others, Nancy enrolled in the Nursing Program at Wenonah State Technical School where she earned her certification as a Licensed Practical Nurse. During her training, she completed clinical rotations at several local facilities including Lloyd Noland Hospital and Estes Nursing Home.

On February 22, 1956, Nancy and Lee Andrew Copeland were united in holy matrimony. During their 37 year marriage, they both shared a love for gardening and traveling. In fact, they were avid travelers. They journeyed all over the world during a time of segregation and civil unrest in the United States. As iconic trailblazers, they continued to travel even though African Americans were not fully accepted in many of the settings in which they visited. These included:

Nancy had an affection for nicknames. She was referred to as "Bay", by her parents and siblings, and "Gladys", by her family and friends. She was also affectionately known as "Bay-Bay" by many of her great-nieces and nephews.

Her presence will be lovingly remembered by her nieces and nephews, some of whom she personally nicknamed:

As she transitions from this life, she joins her husband Lee Copeland, father William Penn, mother Annie Bell Penn Raybon, stepfather David Raybon, her sisters Penola and Annie Grace Penn, her beloved brother Ernest Penn, her dear niece Patsy Merritt (Doll Baby), and so many other loved ones and friends. Our prayer is that they are resting at the feet of our Lord Jesus Christ, enjoying eternal life.

Nancy was a woman who shared her heart as she demonstrated her love for all whom she touched. She was known for her charismatic personality, contagious smile, and sense of humor. Her presence will be greatly missed.

To send flowers to the family or plant a tree in memory of Nancy Gladys Copeland, please visit our floral store. 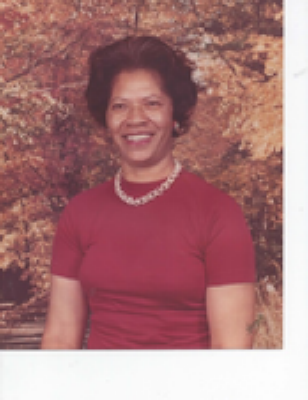