Share a memory
Obituary & Services
Tribute Wall
Read more about the life story of Michael and share your memory.

A native of Birmingham, Alabama, Reverend Michael Darnell Billingsley was the son of the late Reverend John Billingsley, Sr., and Effie Chambers Billingsley. He received his calling at a young age and found himself consoling and reassuring family members of God’s love. When he accepted the call to preach, he immediately sought mentorship from his Pastor, Dr. W.M. Norwood, who ordained and licensed him. Reverend Billingsley was in the ministry for over 40 years, starting his pastoral duties at two churches in Georgia: Gallilee Missionary Baptist Church in Augusta, Georgia (his first church as Pastor) and Tremont Temple Baptist Church in Macon, Georgia. He also pastored six churches in Alabama, sometimes having to yield to pressing employment demands from positions of increasing responsibility. His Alabama church affiliations include (in order of pastoral leadership): Cedar Grove Baptist Church, Knoxville, Alabama; Piney Grove Baptist Church, Eutaw, Alabama; First Baptist Church, Ensley, Alabama (Interim Pastor); Mt. Calvary Missionary Baptist Church (Northside); Gallilee Missionary Baptist Church (Norwood); and Peace Missionary Baptist Church - Pratt City (Associate Pastor), where he performed his last ministerial duties. Reverend Billingsley was a product of the Birmingham City School System and knew and sought quality education as a path to a productive life. Following his secondary education, Reverend Billingsley enrolled in Alabama State University in Montgomery, Alabama, where he immersed himself within the collegiate experience afforded by the historically black college and university (HBCU) tradition. He completed the Bachelor of Science degree in Human Services in May 1981. He immediately returned to his beloved ASU and completed the requirements to earn the Master of Science degree in General Counseling in May 1982. His educational interests were further punctuated by credentials as a Certified Family Self-Sufficiency Specialist. Reverend Billingsley’s work experience reveals a service impact made throughout four states. Reverend Billingsley was most recently employed as Executive Director of LOU-Home, Inc. in Oxford, Mississippi, and he previously served the Jefferson County (Alabama) Committee for Economic Opportunity (JCCEO) Head Start Program, 2019-2021. Reverend Billingsley’s additional recent career highlights include stints as a Behavior Counselor for Hill Crest Behavioral Health Services-Higdon Hill School in Birmingham, Alabama, and Director of Client Services for the Palm Beach County Housing Authority (Florida), where he supervised staff who administer the Family Self-Sufficiency Program, HOPWA Program and the Advancement Program, in addition to providing individual support and assistance to the Client Services staff. -2- Moreover, Reverend Billingsley’s extensive employment history is comprised of a more than 17- year affiliation with the Housing Authority of Birmingham, Alabama, where he served in the capacity of Family Self-Sufficiency Coordinator, 1999-2007; a two-year affiliation with Student Support Services of The University of Alabama as a Counselor Coordinator, 1997-1999; and a six-year span as Site Coordinator for Mercer University Educational Opportunity Center in Macon, Georgia. By the end of his decades of service, Reverend Billingsley had devoted an entire generation of service to the field of Human Services and was an expert at providing guidance to people of diverse backgrounds who desired to become self-sufficient. Additionally, he possessed excellent communication skills, good rapport with clientele; was an exemplary and loyal team player; and was an accomplished fundraiser. Reverend Billingsley always emphasized that his first commitment was to God, followed by his undying love to his family. He was also preceded in death by a brother, Truman Billingsley, Sr. He leaves to cherish his loving memory: one daughter, Mi-Tresa Billingsley, Muscle Shoals, Alabama; two brothers: John (Brenda) Billingsley, Jr., M.D., Boynton Beach, Florida, and James Billingsley, Birmingham, Alabama; two sisters: Johnnie Billingsley Clift, Huntsville, Alabama, and Mildred Billingsley Lampkin, Birmingham, Alabama; two aunts: Edna Chambers, Knoxville, Alabama, and Edna P. Gross, St. Louis, Missouri: and another sister-in-law: Dorothy Billingsley, Birmingham, Alabama; and a host of nieces and nephews, cousins, and friends.

To send flowers to the family or plant a tree in memory of Michael Darnell Billingsley, please visit our floral store. 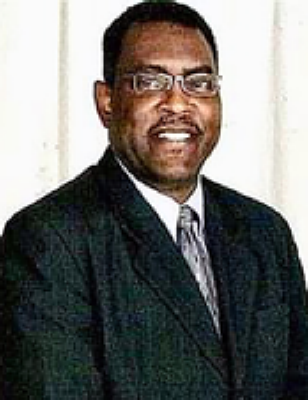